Tools and Resources for Anti-Corruption Knowledge

As a long-term cooperation platform, Belt and Road Initiative (BRI), proposed by the Government of China, aims to enhance infrastructure development, promote economic cooperation and interconnectivity among countries along the Silk Road Economic Belt and the 21st Century Maritime Silk Road.

The UN Secretary-General António Guterres has highlighted that the BRI has the potential to accelerate efforts to achieve the Sustainable Development Goals (SDGs) and noted that the United Nations is poised to support the alignment of the BRI with the SDGs.

Large-scale international investment projects play a vital role in bolstering economic growth by mobilizing global resources, bridging financing gaps and facilitating knowledge and technology transfer. However, these projects may be exposed to higher risks of corruption and other economic crimes, due to their vast financial scale, complex delivery requirements, and involvement of international players. The development and implementation of such projects in many countries are often complex and opaque, worsened by the gaps in preventing and combating corruption by these countries as identified by the Convention’s Implementation Review Mechanism. The consequence of corruption in these projects tend to be enormous, which may cause tremendous financial loss, diminish investment efficiency, erodes trust, undermine fair competition and threaten economic growth.

In order to enhance synergies between promoting sustainable development through the implementation of UNCAC and mitigating corruption risks in relation to international investment projects under BRI, UNODC has launched a project entitled "Fostering sustainable development by supporting the implementation of the United Nations Convention against Corruption in countries along the Silk Road Economic Belt."

This project aims to establish and maintain a network of anti-corruption practitioners to promote international cooperation in preventing and combatting corruption in international investment projects by, inter alia, enhancing the exchange of information, good practices and knowledge and strengthening capacities of relevant States. In addition, capacity-building events and knowledge products will be developed under this network. The proposed network was officially launched in a pre-event of the ninth session of the Conference of States Parties to UNCAC in Sharm-El-Sheikh from 11 to 12 December 2021.

These efforts to prevent and combat corruption in international investment projects will significantly push forward the implementation of UNCAC and the achievement of the SDGs not only for the countries participating in this project, but also for other countries sharing similar challenges. 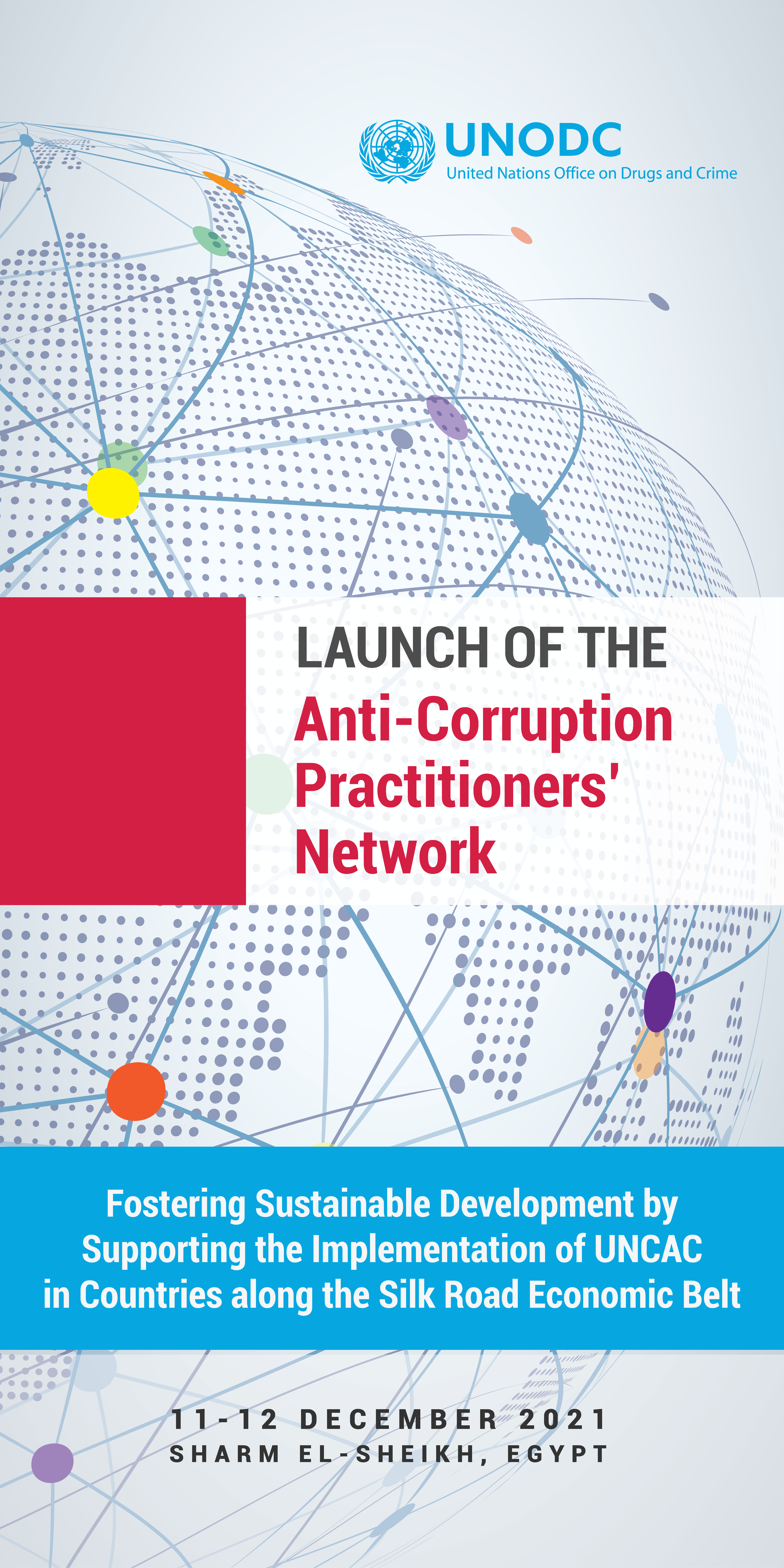 Launch of the Network

We appreciate your interest in our initiative and welcome more countries with similar interest to join the network. Please do not hesitate to contact us directly if you have any questions.

Back: Anti-corruption network along the Silk Road Economic Belt